Five years, 14 singles, two number two singles … then came along Sunday 24th March 2013, when The Saturdays hit the TOP of the UK charts scoring their FIRST UK NUMBER ONE SINGLE!!

What About Us sold 114,000 copies last week, 40,000 MORE than Justin TImberlake at number 2, to become the biggest selling one week sales for a single so far in 2013, beating One Direction’s Comic Relief charity single!

Huge congratulations to the girls, and obviously to everyone who has also purchased the single. We also now enter into unknown territory. The task now is to see if we can get the girls to STAY at number one for a second week! So please don’t stop promoting the single, make sure everyone keeps on buying, the girls will get a nice boost of sales tonight and tomorrow too as the press and media keep reporting them at number one. If we are still top of iTunes by the middle of next week anything is possible! So keep going, and once again huge congratulations to the girls on getting their first ever UK Number One single 😀

Here’s the moment the girls finally found out that they where this weeks number one UK single: 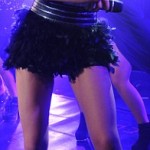 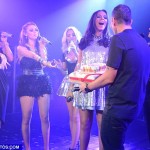 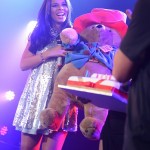