We will be making a decision/update/thought about the future of this site in the coming months, as I posted previously keeping up to date with potentially FIVE solo careers is going to take up more time than I have, but I have no intention of throwing the towel in. If you think you can help us out, please e-mail me at thesatscouk@outlook.com with any ideas/suggestions.

Vanessa: “We’re testing the waters a bit and seeing what’s out there,”

Members still continue to deny that The Saturdays are over,  but today was the first sign that a reunion is a long way off. Vanessa has become the first member to release solo music, speaking to Schon Magazine:

“I don’t think being in The Saturdays has held me back, I’ve always been a fan of that type of music anyway. It’s just kind of perfect timing now because I feel like I’ve grown as an artist. If it wasn’t for all the experiences I had with the group I wouldn’t be in this place now, so I’m so really grateful for all of it.”

Vanessa has confirmed everything will heat up in 2016, but to tease fans a new song, ‘Relationship Goals’ has been posted online:

We’ve also had confirmation that The Saturdays 2016 calendar has been cancelled.

Our very own Mollie appears in this weeks Notion magazine. She chats about life with David Gandy and how he does a lot of the cooking!

She also mentions The Saturdays – remember them – and although its hardly the most negative of news, it doesn’t spin too much positive vibes either …

‘I’d be lying if I said I was ready for the band to end,’ she tells Notion. ‘We’ll get back in the studio at some point. I’d really like us all to do another tour together.’

The chart-topper admits though that she’d like to follow in Rochelle’s footsteps and try something different, admitting that she wouldn’t rule out a spot on The X Factor judging panel.

‘I’d love to be one of those panellists on those shows. I have a lot of opinions about everyone who’s out there,’ she points out, adding that she counts current X Factor judge and former girl-bander Cheryl Fernandez-Versini as one of her biggest inspirations. ‘She’s done so well to transition from Girls Aloud, she’s the ultimate glamorous goddess,’ Mollie gushes.

The new issue of Notion is out this week.

Hey all, for those who are still visiting here in the hope of something magical and new and exciting.

Sorry I’ve been so quiet, but in all honesty there isn’t much to talk about …

I think that basically sums up the last 5 weeks. Lots of mumblings about solo projects, but nothing actually being released and unless something happens in short notice, I don’t think anyone is expecting anything to be happening soon either.

As I said we (as the site) aren’t going anywhere, but on the flip side I won’t be updating the site for every tiny bit that the girls do, like taking the dog for a walk etc. All that will be on our twitter, so make sure you follow us on @TheSatsCoUk

Those expecting new music from The Saturdays, I personally wouldn’t expect anything until mid-late 2016 at the going rate as any solo music seemingly won’t be out until the New Year (if we are lucky), and if there is still a pop music market in late 2016, or even demand for Girl Groups then that is anyone’s guess.

Either way chin up, and if anything does happen I’ll sure bring it to you!

Well this has been an epic journey, and if you’ve been here since the start than well done to you as well as to us!

On the 27th July 2008 a certain girl group released their debut single ‘If This Is Love’ and yes this site was around then and you can click on our original post here (The image isn’t loading for some reason tho!)

Obviously this was the start of everything new, the website launched 3 months before the single came out anyway and as I said previously if you’ve been here as long as we have been then give yourself a nice pat on the back!

We are alive, promise! It’s just silly time, where members are seemingly saying they aren’t going solo, and then 3 hours later are posting pictures from recording studios … magical all this and its not a case of Black Magic (we hope!)

Anyway, here’s a post that celebrates how decent Wildfire actually is …

Still one of the best parts of the tour too! 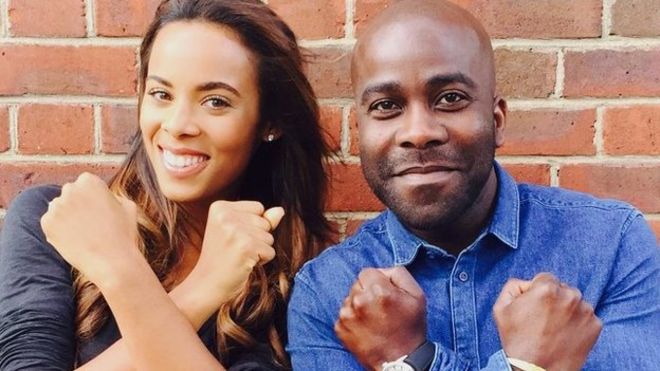 It’s Official! Our very own Rochelle has been picked to present the ITV2 X-Factor spin-off show the Xtra Factor!

Saturdays singer Rochelle Humes is the new host of The X Factor spin-off show The Xtra Factor, where she has been partnered with Kiss FM DJ Melvin Odoom.

The pair will be taking over slots once held by Olly Murs and Caroline Flack, who have been promoted to hosts of the main ITV talent show.

Simon Cowell and Cheryl Fernandez-Versini are the only faces returning.

The judging panel will be completed by newcomers Nick Grimshaw and Rita Ora, who was poached from BBC One’s The Voice.

The couple are regular stand-in presenters together on ITV’s This Morning, while Rochelle also fronted ITV’s Ninja Warrior UK.

Odoom has worked on Kiss FM’s breakfast show, alongside co-host Rickie Haywood-Williams, as well as presenting The Brit Awards for ITV2.

The Xtra Factor is a companion show to the main weekend broadcasts, and follows the backstage action, as well as chatting with judges and contestants.

Humes said: “I have watched The Xtra Factor for years so I am beyond excited about joining such a brilliant team and getting to work with my old friend Melvin makes it even better.

“I also can’t wait to meet the contestants and be a part of their X Factor experience.”

In an Interview with the Daily Mail, Una – again – says that the group ‘absolutely 100% I’ll say it now we’re not splitting up we’re just going on a little bit of a hiatus.’ but also confirms that she would love to release a solo album:

Asserting that the group will ‘100%’ return, Foden shut down any speculation of a pending breakup.

When asked if the girls had called it quits, she said: ‘No, no, no like absolutely 100% I’ll say it now we’re not splitting up we’re just going on a little bit of a hiatus.

‘We just feel that we’ve got to that point where we’re kind of taking a little step back and focusing on other things that we might want to personally pursue.’

She continued: ‘We definitely plan to get back together and do more stuff in the future.’

Expressing her desire to release music as The Saturdays take a break from the spotlight, Una revealed that she has been putting her pen to paper.

The Irish songwriter said: ‘Music is my passion. It’s definitely something I’d like to do.

‘I’d love to put an album of my own together because I’ve been writing for a long time.’

With plans to make a create a solo LP, Una admitted that she and husband rugby star Ben Foden are in no rush to add to their brood.

Stating that their son Tadhg, born in February, is settling into a routine while their firstborn Aoife has taken to the role of big sister tremendously well, Foden described their home as ‘complete’.

Content with the size of her family, the Disco Love singer told MailOnline: ‘Oh gosh, definitely not right now! I feel quite balanced with it all and the household is balanced with a boy and a girl.

‘It’s not on the cards any time soon but you can never say never because you don’t know what’s going to happen.’

Una added: ‘But for right now I’ll say we’re quite complete with the two.’

Quipping that in the early days Tadhg offered a ‘few surprises’ in the nappy changing department in comparison to Aoife, she gushed that her little girl constantly declares her love for her baby brother.

Speaking about the three-year-old, Una said: ‘She’s so good, she really is.

‘She’s only three but she has this maternal instinct in her and she’s always going up and rubbing his head saying she loves him.

‘She’s always helping me out when I ask her to get me things which is really good.’

With so much going on in her life, Una voiced her desire to visit Marrakesh in a bid to get away from the UK and Ireland’s unpredictable weather.

She said: ‘I’d quite like to got to Marrakesh. It’s really up and coming, I’ve never been there before and you’re guaranteed a nice bit of weather not like here!’

Fronting the new Fly Cadbury Air experience, which will see lucky travellers enjoy five bespoke getaways to destinations including Barcelona and Monaco, Foden spoke about how envious she is of those who will go on to win all the all expenses paid trips.

She said: ‘I would love to be whoever’s plus one to get a chance to go on board because it’s a beautiful plane, you get put up in a gorgeous hotel with food and spending money.’

Una added: ‘It’s a great, great treat for someone to win.’