It’s amazing isn’t it? The UK finally has summer-type weather and our girls made the most of it yesterday as they performed (in what must have been swealting) temperatures at London’s Hyde Park as part of the Summer Music Festival that is taking place there over the next week or so.

I’ve added a few pictures of our girls looking hot (literally!) below, hopefully more will appear and I shall add them to our gallery.

Talking Gallery, I’ve added a few pictures of Mollie’s DJ night, so check them out, hopefully will be able to add a few more as more appear of the night. You can check out our review of the evening in the post below 🙂

As you have read Gentleman did chart at number 14 yesterday, I know there is a level of dispointment from everyone involved, but it has given the girls their 14th Top 20 single, they’ve also confirmed that another single is due out before the album, which if that includes 30 Days, will mean 4 singles before the album (Just hope the album has more than 12 songs!), we can all point the finger to where it we thought it went ‘wrong’ but we need to remain positive and look at the future, first up the girls have a couple of headlining concerts next month in Kent and North Yorkshire, so make sure you grab your tickets!! Plus they are obviously on the main stage at the V-Festival inbetween those shows too! 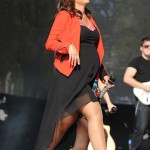 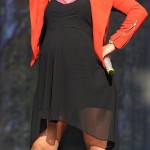 Don’t forget to catch the new video ‘Gentleman’ – check out the post below. The single is released on June 30th, pre-order now using the links on the right 🙂

A couple more ‘summer’ shows to look out for, our girls are playing alongside JLS and The Beach Boys (no not a typo) as part of the Hyde Park Concert series, the girls are playing on Sunday 7th July, A Day In The Park. Adult tickets are £35, children get in for £20 and those under 5 don’t pay a penny.  Tickets go on sale tomorrow morning at 9am. This is a general admission concert.

The girls are also playing alongside The Wanted, in a gig right at the end of September – brave organisation there we think – down in Brighton. The new SD2 Festival takes place on the last Sunday in September, 29th, at Stanmer Park. Tickets again go on sale tomorrow morning at 9am, tickets cos £37.95. This is a general admission concert.

This is alongside the girls performing at this weekends Radio 1 Big Weekend, and the girls who have two headlining shows in Bluewater, Kent and Scarborough this August. 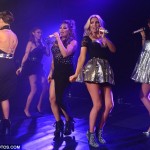 Last night Mollie and Vanessa attended the London launch of the Supertrash brand.

The text is from the source, DailyMail.

She’s the only single member of The Saturdays, but Mollie King certainly isn’t going to be left alone to party.

The fashion-loving blonde hooked up with her bandmate Vanessa White for a girls’ night out at the launch of the new Supertrash flagship store in London on Wednesday night.

Despite being recently reunited with boyfriend Gary Salter after months with the girl group in Los Angeles, Vanessa was happy to leave his side for a night out with her girl.

While Mollie showed off her tiny waist in a clingy pink and grey knitted dress, Vanessa stood out from the crowd in a flamboyant, multi-coloured peacock-blouse and black skirt.

Ahead of their night out, Vanessa joked she would be ‘corrupting’ her bandmate.

She tweeted: ‘I bet @MollieTheSats is so excited to see me today. #corruptingherlife x.’

… super naughty! Yes, Mollie, that’s not a typo! The member of the group most people link to being the good girl and most well behaved hit the dance floor last night in London, and made everyone on Twitter well aware of the fact! She even decided to recreate the Notorious video!! The question we are asking is how many ‘lemonades’ did Mollie have last night!

As usual! The second I post a news item about the girls not doing anything, BAM they come out of hiding and appear!

Last night Mollie, Frankie and Vanessa attended the premiere of the new (and final) movie in the Twilight series – Breaking Dawn, Part 2. The girls hit the red carpet in London’s Leicester Square alongside the stars of the movie Kristen Stewart, Robert Pattinson and Taylor Lautner.

It’s been three exhausting months for the girls, despite a brief trip home in the middle, as the girls finally pack up and leave LA to return home to the UK after filming – and recording songs – for their attack on the US charts in the new year. The girls have been tweeting their messages about coming home, plus it seems Mollie over packed a bit! But either way we are very happy to see the girls return home to the UK and to start gearing up for the single release of ‘What About Us’ in the new year and the album to follow afterwards 🙂

Tulisa Contostavlos was seen enjoying a night out with The Saturdays stars Vanessa White and Rochelle Wiseman on Saturday night (28th January).

The N-Dubz star was pictured holding hands with the ‘Notorious’ singers as they left the Nobu Berkeley restaurant in Mayfair, London.

Meanwhile, Tulisa recently admitted to Capital FM that she is readying the release of her first solo single admitting she is hoping to announce details of its release in the next couple of months.

The Saturdays are also in the studio and believed to be working on thier new studio album.