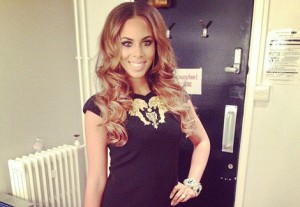 As we reported yesterday, it was confirmed yesterday evening that our very own Rochelle is to appear on the Christmas special of Strictly Come Dancing.

The announcement, made on this evening’s edition of BBC Two’s It Takes Two,   also confirmed that Sir   Bruce Forsyth and Tess Daly would be back on presenting duties, with judges Len Goodman, Darcey Bussell, Bruno Tonioli and Craig Revel Horwood on hand to give out the scores.

This morning T4 played the Impulse special that included clips from their special show at the HMV Forum a few weeks ago, you can view this special below;