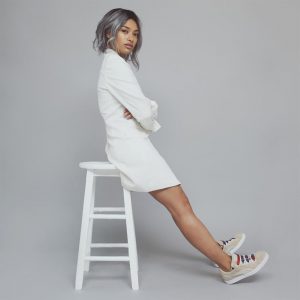 On the eve of our 9th Birthday .. 9 years wow .. Vanessa has spoken to the Metro Newspaper, not sure if this has been taken out of context with the wider picture, but they are reporting.

The 27-year-old insisted she was ‘mentally’ finished as she posed with grey hair to tease new solo music.

‘I don’t think I could go back. I’ve got so much that I want to do. There’s no space mentally for me to go back,’ said Vanessa, posing for Rankin’s Hunger TV to plug her second solo EP, Chapter Two.

‘As time goes on, I know it just wouldn’t feel right for me. This feels natural,’ she added.

The remaining four pop babes have previously insisted they are still together, despite a four-year gap for some of them to have babies.