Hey all! Again sorry for the lack of updates recently, been at two concerts in the last week (Little Mix, Katy Perry) and are currently posting this update from a hotel in Leeds as I’m working alongside Rosie (@marvelousmollie) on Mollie’s birthday book – so many people have sent in great work so this will keep us busy this weekend!

The Saturdays are the 2014 ambassadors for the Casio Sheen range of watches – which are available to buy now from H. Samuel or via their website

“Bringing The Saturdays on board as ambassadors was a natural choice because they genuinely reflect  the values of the Sheen brand. The way the girls remain effortlessly elegant whilst juggling a pop career  alongside young families and numerous multimedia ventures is both inspirational and accessible. We  know this will resonate strongly with our target audience.” She adds “The ladies market is a huge  growth area for us, and Casio Sheen’s unique combination of fashion-inspired styling and technological excellence is designed to meet the needs of modern women’s lives”. Jennifer Kelly, Senior Product
Marketing Manager, Casio Sheen

“We were thrilled when asked to be the brand ambassador’s for Casio Sheen. The brand is known for  adding elegance and glamour to an outfit and we love dressing up and feeling stylish, so it was just right  for us! The new range has a colourway to suit every outfit, ideal for the girl who loves to accessorize.”
The Saturdays

It’s your Sunday evening Mollie update! Seems our Mollie has been grabbing the headlines over the last few days, and here’s how!

Firstly it has been announced that Mollie is a new ambassador for the charity close to her heart, Dyslexia Action, there’s a bit more on their website. This is also a good opportunity to remind you that for Mollie’s birthday book this year, people are raising money for Dyslexia Action, over £200 has been raised so far, so please donate if you can!

Mollie has also been speaking to You Magazine (Mail On Sunday) about her upcoming Spring/Summer range for Oasis, that is set to be in stores from April 7th. Check out the source for the full interview, and here’s a bit of a behind-the-scenes video 🙂 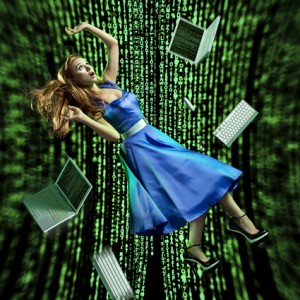 UNA IS LOST IN THE MATRIX!! No seriously, Una is now the ambassador of the new online safety campaign ‘It Starts With You’ which is part of the Disney owned ‘Club Penguin’ to promote ‘positive behaviour online’ and to provide parents with ‘the tools to better support’ their children when they use the internet. Working in school I hope Una can raise and ease concerts of parents of the Internet which is a powerful tool where (in my opition) the good still outweighs the bad!

There is also an Interview the girls did with Harvey Nichols … yes .. at the Liverpool International Music Festival. You can read the interview here on their site, not too much there, just a lot of makeup tips!

Check back later tonight for a video of Mollie at the National Lottery Stars, you can catch it on BBC1 this evening at 10.35pm!

Sorry for the lack of updates recently, I’ve been so busy at work that the site has had to taken a back seat. There is so much I want to do, but it’s finding time to do it. I will get there tho 🙂 I still have a bunch of pictures to add from the Fusion Festival the other week, I’ve not forgotten to those who have sent stuff in 🙂