Hey all! It’s Thursday, and we aren’t much closer to hearing about a tour, or the full promo schedule for Not Giving Up.

Latest from NGU, is that the song will still not be playlisted by Radio 1 next week, they did add Neon Jungle, so those who like a good conspiracy theory can go crazy. In all fairness its not stopped 5SOS heading to number one this week – they’ve had no support from Radio 1 either!

The girls are set to appear on Sunday Brunch (yay?!) on April 6th, although they aren’t down as a performer … so as of now we have confirmed TV of Lorraine on the 4th and Sunday Brunch on the 6th. The TV guides are moving up into Wednesday of the release week now, and nothing else (yet) has been confirmed.

The official (Cahill) remix video for Not Giving Up has premiered, you can catch that below!

Last night Vanessa attended an event to celebrate 25years of the Magnum Ice Cream! Sounds delicious, there is a couple of pictures of Vanessa below. 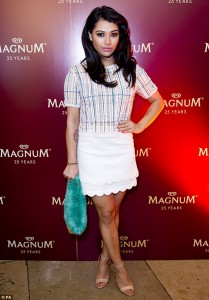 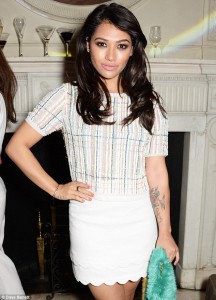 What is your favourite remix video? Mine still has to go to Ego! Leave us your comments via twitter 🙂

It’s Friday, it’s another remix! This time Disco Love gets the Starlab treatment, with the Disco Radio Edit:

Woo! Let’s all dance around the living room in our PJs now (right? … ok just me!)

Hey all! Seems the Disco Love promo isn’t letting down, you can now listen to the official remix (well one of them) this time the Wideboys Radio Edit

All the remixes can be pre-ordered from iTunes NOW, and you get the red cover too, so hope over to iTunes and hit the pre-order button now! – the remixes EP also includes the 2 b-sides as well, so pre-order now!!

Here’s the official remix video to the new single Gentleman – OUT NEXT WEEK – pre-order now to get the exclusive – and rather awesome b-side –  Wildfire, links to the right of this post!

Remember TeamSats pre-order now to get the Alias produced b-side ‘Wildfire’ – exclusive to pre-orders ONLY! Lets make sure the girls follow up their number one single ‘What About Us’ with another chart smash!! So 1999!!

Seems @thesaturdays haven’t given up on Notorious just yet, here is the official remix video for Notorious – using the Almighty Remix

No no not making this up, @TheSaturdays released a remix to iTunes Last night, which features UK rapper Chipmunk, who often appears at their concerts! Maybe a JLS remix is up next 😉

You can purchase the song from iTunes – now – priced at 99p

We’re lucky, right after airing it on CapitalFM they uploaded the audio to their YouTube account, and the video is coming soon. I’d imagine that’s why we should be tuning in to The Saturdays: 24/7 RIGHT NOW on ITV2!!

Update: No premiere for the ‘Higher’ video unfortunately, but lots of behind the scenes footage and more on the final episode of The Saturdays 24/7. Keep coming back because it’s heading your way!