Hey all! Just a quick update to say I’m super busy at work and with Uni work right now, if all goes to plan I’ll do a full update tomorrow. But in short – just in case you didn’t know – the girls recorded the music video to the next single yesterday in London!

But before we get too excited by that, we need to get the release of ‘What About Us’ done in the UK (and other global places first) and to make us all more excited they’ve released a remix video:

Also in the VEVO Ask:Reply series (see the latest one under this) Una revealed a new song title, ‘Gentleman’ which is apparently better than All Fired Up ….

Hey all! Hope everyone is well! 🙂

Just a couple of news items. Yesterday we fixed an outstanding issue with our gallery and added a bunch of new pictures from recent events, so please make sure you pop over and take a look – if you notice any other issues with the gallery please get in touch 🙂

One for those going to Scarborough, due to ‘scheduling conflicts’ the girls show there is now taking place a day earlier, on FRIDAY 23rd August. If you already have a ticket then your ticket is still valid for the show, if you cannot make it (of course you can, you might bump into us!) then you can go back to where you bought your ticket for a refund. If you still want to go there are tons of tickets over at Ticketmaster so get buying, and we will see you there (Some tickets are in Row A too!!)

The girls are also performing at London’s G-A-Y on the 23rd March, wristbands must be bought to gain entry and are available at the London club for £4.

Firstly the girls are playing a special concert in Dublin! They are playing a one-off show at the Bord Gáis Energy Theatre in Dublin, Ireland on March 28, to mark the venue’s 1-year anniversary! All proceeds from the show will go to the society of St Vincent De Paul.

Pre-sale tickets are available now to Bord Gáis Energy Reward Club members, and will be on sale to the public this Friday at 9am from Ticketmaster.

In other news, Una Healy insists she rarely rows with husband Ben Foden, but she does get cross about his messy ways.

Una Healy shouts at her husband when he leaves his dirty clothes on the floor.

The Saturdays singer is married to England rugby player Ben Foden and she insists his most annoying habit is when he uses the floor of their house as a laundry bin.

She moaned: ”We don’t have massive arguments any more. But I get annoyed when I see clothes of his on the floor or he hasn’t made the bed. If you don’t know what I’m like, you might think I’m being aggressive, but he just laughs at me now.”

Una – who has an 11-month-old daughter, Aoife, with Ben – likes to keep her spouse organised so she makes him lists of chores to do when she goes out, however, he doesn’t always follow her instructions.

She told Britain’s OK! magazine: ”I make lists. I say, ‘When I get back you must make sure the bins are left out, because you know they’re only collected every two weeks.’ I come back and the bin is overflowing. The Christmas tree is still in the back, it’s an eyesore.

”I can’t relax until after my lists are done!”

Ben is definitely not a fan of his wife’s lists of jobs but he appreciates her busy demeanour is a good balance to his laid back attitude to life.

He said: ”I give her a bit of grief because she’s so stressed about everything. We’ll have a day off but before we relax she wants to do everything off her mental list. She’s very organised and motivated, whereas I’m lazy and messy! Chalk and cheese.” 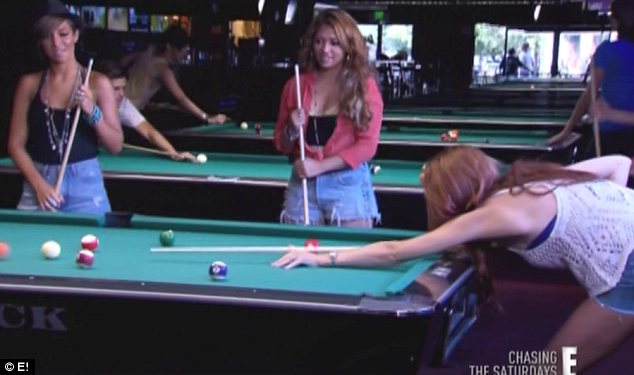 For those who have seen Episode 1 which introduced the girls to the US *spoiler free zone here – promise* Episode 2 aired last night which basically is behind the scenes of the What About Us Music Video shoot and shows an emtional Vanessa who just can’t get in touch with Gary! I won’t go into details as I know a lot of UK fans are waiting for the show to air here in a few weeks, but the DailyMail (for some reason) seems to think that ‘Chasing The Saturdays’ is a news item and gives a little recap.

Update: Chasing The Saturdays IS available to download legally from iTunes in the USA, as expected, but as of now its only available as a season pass for $25.99 in HD and $16.99 in SD. This is a single price for ALL the episodes in the series. So say if there are 10 episodes you would be paying just $2.70 an episode in HD. Due to the show being able to purchase legally, we will respect the group and as normal we won’t put show or music which are available to buy legally on the site. Episode 1 is currently FREE on iTunes. So make sure you grab this whilst it’s free! Obviously rate it high everyone, lots of 5 star ratings 🙂 Leave a top review too 🙂

As you are all aware Chasing The Saturdays premiered last night on E! in the US/Canada with Episode 2 airing tonight at 10pm.

People wondering if it will be on the site or not, the simple answer to that at this stage is that there is a link to the show (which isn’t working yet) on iTunes in the US and Canada. If the show is available to buy on iTunes then we won’t be putting it on the site. The girls need all the support they can get in America and if its available to buy (Which should be $1.99 in SD and $2.99 in HD) – plus a series link no doubt – then I would rather people bought the show. It might also suggest that it might be on sale in the UK in a couple of weeks too. Again if thats the case I’d rather people bought the show. I know those outside the US/Canada/UK are now screaming at me, but if I put up a link here to ‘What About Us’ and said download it here for FREE, well you all know what would happen. Let’s see what happens today before we make a final decision. Plus at the time of this post publishing I don’t have a copy of the show I can use anyway! If you’ve not seen the show, there is a recap here

The girls UK mouthpiece – The Daily Mail – has talked about the show. They are saying that US critics having given it a mixed response – I’m not going to post the article here as its well typical DM writing, but I wouldn’t worry what the critics have to say, the group aren’t trying to publicise themselves to them!

In must better news Heat are running a competition which flys you to LA to meet the girls (so they are going back then!) the competition doesn’t actually give the dates, so that might be difficult!

It’s finally the day we have ALL been waiting for, Chasing The Saturdays premieres TONIGHT – well if you live in the USA or Canada. The show airs at 10pm (9pm Central) on E!, also a sneaky look at iTunes in the US suggest it’s going to be put on there too, so please make sure you buy it as well to support the girls in the USA!

It’s snowing (again) in London, so I thought I’d run through the news items and see if anything is worth posting. Firstly need to mention that our gallery is being updated with all the pictures of the girls from the USA. So make sure you pop over and take a look!

The girls are in YOU! Magazine in the UK Today (It’s a Sunday supplement from the Daily Mail) fortunately it seems if you don’t want to buy it the entire interview has been posted online on the DailyMail website. It’s pretty long so you can click through to read it. I’ve posted some of the pictures below.

Firstly JessieJ has praised ‘glowing’ Rochelle as Jessie, Rochelle and the JLS lads all went to dinner last night!

We have a REVIEW in for Chasing The Saturdays (yes seriously) and the NY Daily News gives it 3/5 calling it “On to the toppermost of the poppermost.” 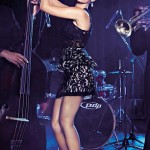 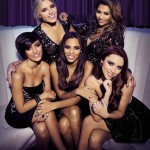 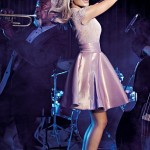 Can you keep up with all this news? It’s like story after story! I’m taking a deep breathe and heading in!

Competiton Alert! Check out the link on the right to win a Motel Rocks playsuit as worn by Vanessa and Rochelle! You simply just retweet the tweet we’ve linked to! The more RTs the more chance of winning. Simple as pie!

Firstly the girls performed ‘What About Us’ for the first time on TV last night on Jay Leno. The video will be on the site shortly when I get my HD copy. If you rummage around youtube and the like you will probably find it now, but our copy is coming soon, and hopefully in 1080i HD 🙂 Keep an eye on our Twitter @TheSatsCoUk for when its ready.

We also have the breaking news this morning that Una is a slob! Una has been speaking to WeLovePop (check out some pictures below)

”Now I’m a mum, when I’m at home I have no make up on, sick everywhere and I dress like a slob – it’s just tracksuit bottoms, hoodies and I wear my hair on top of my head. It’s totally different to when I’m at work and getting glammed up by a team of people.”

Mollie has given five suitcases, no not a typo, suitcases of clothes for the Hurricane Sandy victims. Again talking to WeLovePop, Mollie said:

“Everyone took about three or four cases and I took five. I got a huge fine. I gave everything I didn’t wear to the Hurricane Sandy appeal in New York, which meant I could fill the empty cases with new stuff on my return! Everyone wins!”

I’ve added some pictures below of the girls performing at the Golden Globes party and from WeLovePop magazine, we will no doubt have some HQs in the gallery soon 🙂 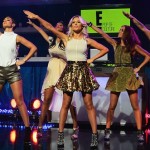 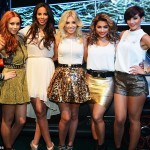 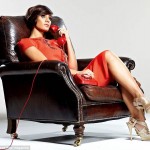 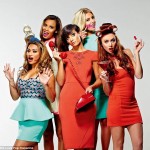 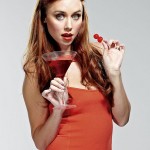 Firstly, Happy Birthday Frankie! From everyone here at The Saturdays Fansite! Who turns 24 today! 🙂 Have a great day!

Well well well, last night our lovely ladies attended the Golden Globes. For those who aren’t aware it’s start of the award season with ends with the the Oscars! The girls walked down the red carpet and performed at the NBC After party too! Nice gig if you can get it right?

Obviously at time of me posting this (9.40am, UK Time) the Golden Globes are only just winding down so information is still filtering through. I’ll keep updating this news item throughout today, pictures will be added shortly, so keep checking back for the latest 🙂

Here’s a video of the girls on the red carpet, from E! (who else?)

There is also a video of the girls on Huffington Post but its sadly blocked in the UK so one for our American visitors to view there.

Just to add, I know PopJustice the other day said that the girls new album is called ‘The Chase’ but they also said a lot of it is unconfirmed. Hopefully they can dig up some additional information on it soo!